Difference Between Chapter 7 and 13 Bankruptcy 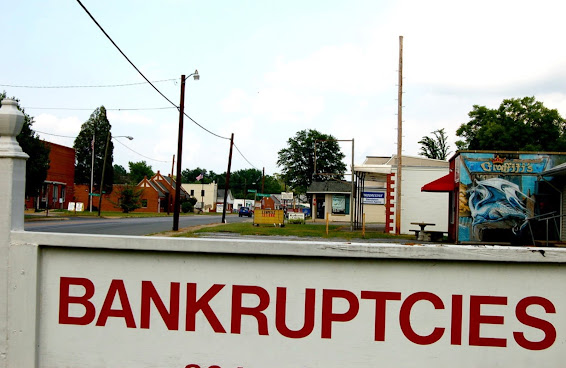 Bankruptcy is the legally declared inability or impairment to repay ones debts. While individuals and organizations may become unable to pay their debts, only a court can rule that they are bankrupt, and reduce or eliminate their debts.

U.S. Bankruptcy Code (under Title 11) of the United States Code is divided into 6 chapters.

"Chapters" essentially define liquidation for entities unable to pay their debts. A reorganization (Chapters 9, 11, 12, and 13) is when an entity doesn't liquidate but is restructured to be able to pay, and the new Chapter 15 created to handle foreign corporations with United States debts. Individuals are primarily concerned with Chapters 7 and 13, as Chapter 11 is rarely used by individuals unless they have extremely large amounts of assets, and Chapters 9, 12, and 15 are reserved for special entities.

By filing Chapter 7 Bankruptcy, all non-protected assets of the individual (determined by state law) are liquidated by a U.S. Trustee and the proceeds are used to pay the creditors. After the creditors are paid whatever is received, the individual receives a Chapter 7 discharge, and the debts are considered released.

Under the The Bankruptcy Abuse Prevention and Consumer Protection Act of 2005, individuals cannot file for bankruptcy unless within 180 days prior the debtor received an "individual or group briefing" from a nonprofit budget and credit counseling agency approved by the United States trustee or bankruptcy administrator. Debt Insider works with non profit credit counseling agencies, who will help you pay off your debts if possible, or establish bankruptcy eligibility if not.

Under chapter 13 the debtor (through their lawyer) will propose a plan to repay the creditors over 3 to 5 years. During this time, the creditors cannot attempt to collect their debt outside of this program. The plan will require all disposable income to be used to repay the debts, and at the end of the plan, the remaining money owed to the creditors is discharged.

While a Chapter 13 appears to be similar to a debt management plan with the required repayment, chapter 13 has the benefit of a discharge at the end but the drawback of higher payments and interest rates during the repayment. If your attempt at debt consolidation fails, you may have already significantly reduced your outstanding debts, making the resulting Chapter 7 or 13 bankruptcy less painful.

Difference Between Chapter 7 and 13 Bankruptcy

Bankruptcy is the legally declared inability or impairment to repay ones debts. While individuals and organizations may become unable to p...